May 2019 marks the 70th anniversary of Mental Health Awareness Month, a national event for fighting stigma, providing support, educating the public and advocating for policies that help people with mental illness and their families.

Over the years, community leaders in Atlantic City have been working towards responding to mental illness. In February 2019, Indra Owens, counselor and the co-founder of Princess Inc., a city nonprofit that fosters mentoring, education, empowerment and community service, partnered with the Leadership Studio to create a yoga therapy program to assist community members coping with trauma.

Seeking mental health treatment can be a daunting task that many feel as though they cannot handle, according to Philadelphia psychiatrists Delane Casiano and Karriem Salaam, co-authors of the book, “Mind Matters: A Resource Guide to Psychiatry for Black Communities.” There are a lot of options to explore, such as traditional methods like medication, therapy, or more holistic methods such as meditation, yoga, and other forms of exercise.

There are many reasons why people of color may not seek mental health treatment, according to Casiano and Salaam. Treatment may not be accessible, there might be language barriers and stigma plays a major role. People could have a hard time finding someone in the mental health care system that looks like them or comes from their community, which creates a cultural boundary between patient and professional.

Mental health in the U.S.

According to the National Institute of Mental Health, about one in five Americans live with a mental illness (46.6 million in 2017). Stigma around treatment has greatly harmed those who need treatment the most. Representation of mental health and those who have an illness can prevent people from getting treatment. Friends’ and family members’ opinions can be a major factor in seeking services also.

The community leaders in Atlantic City

Owens earned her bachelor’s degree in communications from Temple University, then completed her master’s degree in school counseling. She started a therapy program called “Journey to Inner Peace: Mindfulness to Transcend Trauma” at the Leadership Studio on South Tennessee Avenue. Having a program in the city is important because “people here rarely go offshore except to go to the Hamilton Mall,” said Owens, who saw a need for local healing.

The program first ran on Wednesday nights, from February to April, offering a place in AC to practice yoga for residents new to this mindful exercise. The sessions revolved around some light yoga practices led by mindfulness teacher Andrea Nelson, incorporating coping mechanisms and ways to become stronger in order to improve mental health. Diverse members of the AC community attended the first run of the program, demonstrating a thirst for non-invasive, alternative mental health wellness strategies.

According to Georgetown Law’s report on how “Yoga Helps At-Risk Girls Cope with Trauma,” yoga changes how someone’s body is impacted by the harmful effects of trauma.

Creating an unconventional and new approach to mental health treatment may increase the amount of people willing to try it. This may lead to further, more official and formal treatment, or an awareness of the potential, since many continue to neglect their own health. Owens stated that being in an environment that is filled with uneasiness, rather than acceptance, can make someone not feel comfortable enough to open up.

Owens is hopeful that Atlantic City residents who deal with a multitude of different traumas will connect to someone who has experience living in the city. As Alexandra Nunzi, founder and CEO of the Leadership Studio said, “It does take someone of the community to say ‘Listen, I’m worth this, and you’re certainly worth this.’”

Owens has now established a sense of trust with people of the community. Pairing with the Leadership Studio’s holistic approach created a strong balance for helping residents.

Deon Davis, a Communication Studies major and Student Trustee at Stockton University, was born and raised in Atlantic City. He participated in the Champions of Youth program at the Leadership Studio, which helps local youth experience the world through mentorship and travel. In his 22 years, he has seen casinos open, close, and become vibrant again. It was troubling to watch the fallout of businesses closing, since it can take away tourist revenue and impact the residents’ everyday lives.

Being in college is stressful, and many students neglect their mental health, only focusing on their physical wellness. Davis shared, “I realized in my time at college that there’s a lot of factors playing into your ability to keep up with everything. It’s something that we don’t take inventory of. People work out regularly, or have a certain diet that they follow. But they neglect the mental part of their overall well being.” Outside of a college setting, many people still do not take care of the mental part of their health, said Davis.

Davis also believes formal and informal care fit well with each other, and should be brought together to create a happy medium for successful treatment. “Informal care is what a lot of people where I’m from do because they don’t think they are entitled to it [formal care], or it’s not for them because of stigmas that are put in place.”

Owens and the Leadership Studio are restarting their program this summer. Since so many community members attended the first sessions of the program, it demonstrated that a judgement-free space as a therapy option is needed. Talking is the first step to healing, and the success of this program brings hope to the community. 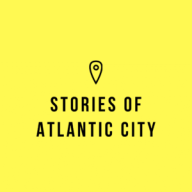